The Power of Play

We at WFCF are proud to partner with this organization to provide the children at Nile Orphan Care with this beautiful playground and the ability to learn and grow through play.

Construction began in October of 2021. The team started by clearing and cleaning the area at Nile Orphan Care designated for the playground. However, the first few days of construction were met with many challenges. A bridge connecting the main town of Juba to the road leading out to the site was under its own construction. The team had to cross on foot and catch another ride out to the site each day adding an hour and a half to the commute. On the second day of the project yet another bridge that led to the Nile Orphan Care compound was washed away during a flood. Once the water levels were low enough to safely cross, the team began going through the bush to the job site. This added another three hours to their daily commute. There is no electricity in this area which also added to the challenges facing this project.

Through the dedication and perseverance of this amazing group of individuals the project continued and was completed by the month-end. The team utilized locally sourced lumber, bamboo, grass, metal, hardware and paint. They also successfully upcycled 105 tires that would have otherwise been left for trash or burnt. The final playground is 4000 sq/m with 15 play features and a soccer field.

The joy and excitement on the children’s faces running and playing at their own playground will be remembered always. Many thanks to the incredible team of workers that made this project a reality. 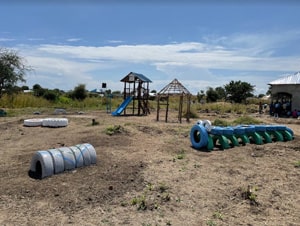 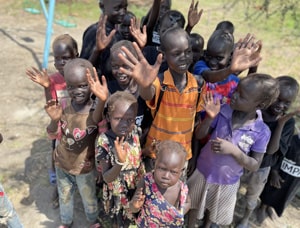 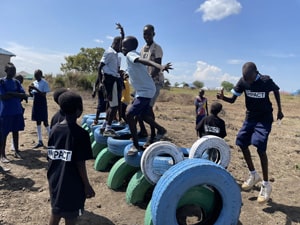 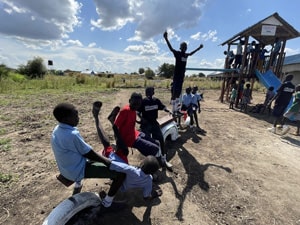 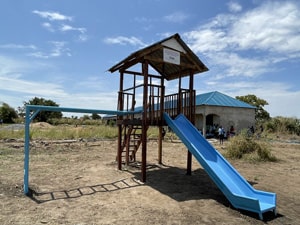 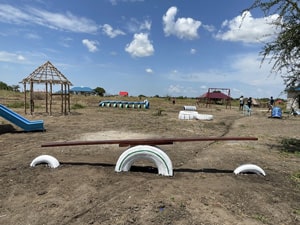 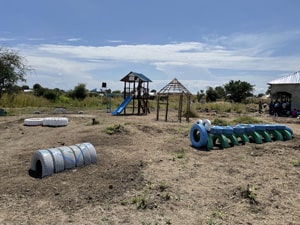 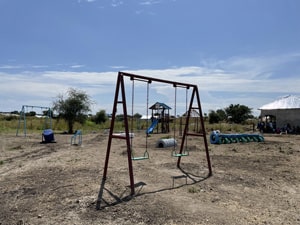 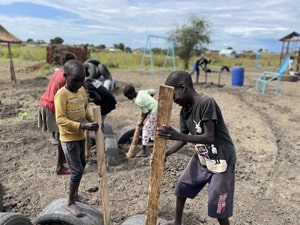 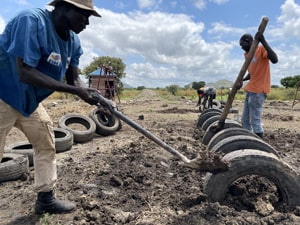 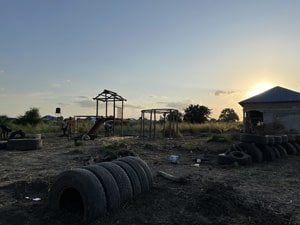 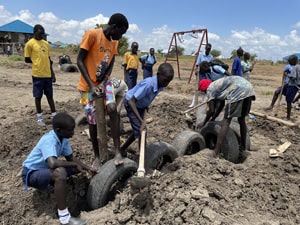 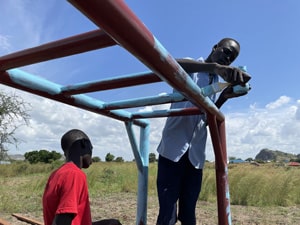 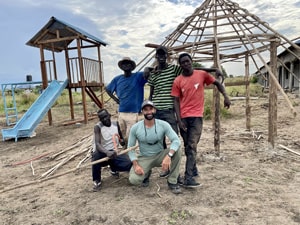 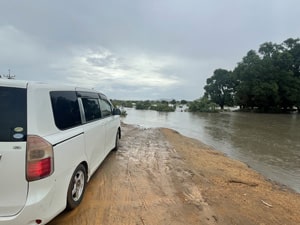 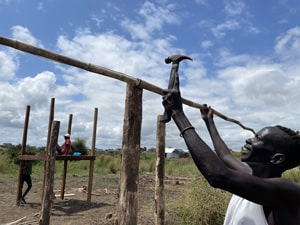 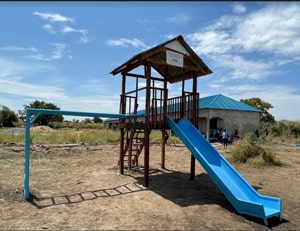 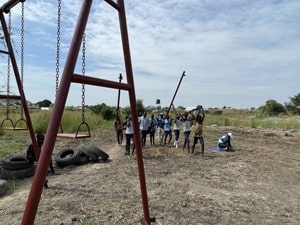 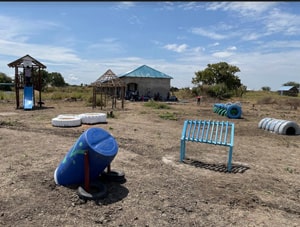 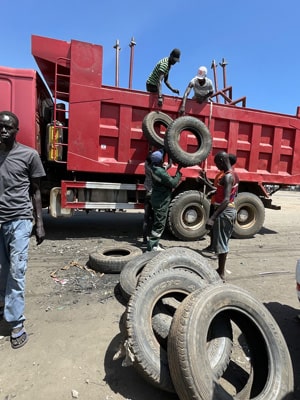 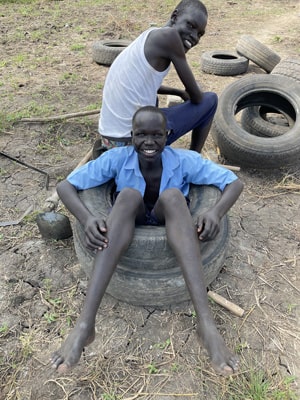