Breaking the Cycle of Poverty: A Community-Based Approach 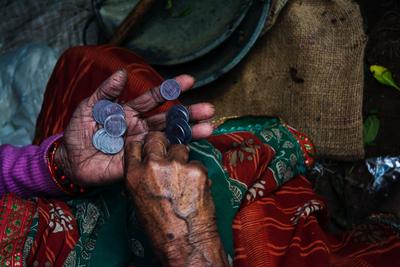 A book that was originally published in 1992 by social scientists Hennie Swanepoel and Frik de Beer introduced ideas followed by community workers today about how to ensure that poverty does not continue to transcend generations. The book titled “Community Development: Breaking the cycle of poverty” continues to be a valuable source of research for people working with disadvantaged communities. Poverty is as much of an issue as it was when the book was written, with 2012 estimates showing that out of the 7 billion people populating the globe, at least 1.4 billion of them lived on less than US $1.25 a day. Of course, an individual's entrapment in the cycle of poverty will lead to other determinants. “Poverty is a strong determinant of the others,” Robert Chambers, a sociologist focusing on poverty, wrote in 1983, “It contributes to physical weakness through lack of food, small bodies, malnutrition leading to low immune response to infections, and inability to reach or pay for health services; to isolation because of the inability to pay the cost of schooling, to buy a radio or a bicycle, to afford to travel or look for work, or to live near the village centre or a main road; to vulnerability through lack of assets to pay large expenses or to meet contingencies; and to powerlessness because lack of wealth goes with low status: the poor have no voice."

That last point is particularly important. People that are in poverty lack the resources to advocate for themselves and better their situation. They are more likely to be negatively impacted by a slate of things like inaccessibility to education and inadequate healthcare, but poverty renders them powerless to alter their situation. There are specifically 5 parts that factor into the deprivation trap (or cycle of poverty): isolation, powerlessness, vulnerability, poverty and physical weakness. To break the deprivation trap over poor people, the interconnected parts mentioned above must be broken down. The book suggests that community development workers must consider specifically at which point intervention can have a positive impact, while making sure that this is done with cooperation with the community. To better understand the specific interventions that can be used, it would help to define those 5 factors. Poverty is caused by assets that may include money, land or job-related skills; vulnerability is seen as the lack of choices, making people easier to coerce; isolation includes exclusions from systems and structures, such as education; powerlessness is seen as the lack of social and economic influence and physical weakness is the lack of physical strength of individuals and any present chronic illnesses. It should be emphasized that a community development worker cannot address all these issues at once. Also, workers should ensure the effective participation of members of the community so that when issues are being addressed, this is being done by building on assets already present in a community. This is important because, in the past, much of the emphasis was placed on looking for problems in communities and finding methods to “solve them.” However, more work is now being done using an “asset building” angle, which follows the idea of building within the resources currently present in the community instead of focusing on what can be added from the outside (Source: Swanepoel et al.)

Another important idea presented in the book was “the equilibrium of poverty,” which makes the observation that attempts at mitigating poverty in some communities may bring some relief, but the balance/ equilibrium will soon return, and the poor are said to revert to being as poor as they were before the intervention. In an economics book by John Kenneth Galbraith titled “The Nature of Mass Poverty,” the economist argues that in a poverty-ridden community or society, any progress made in economic terms would soon be canceled out due to a number of reasons, such as an increase in birth rates or a natural disaster. In other words, the positive impact an increase in job creation may create will also result in uncontrollable population growth; therefore, the community would revert back to poverty in an interminable cycle. “The forces operate in such a way that they return the people to a situation more or less the same as before the development project,” state Swanepoel and de Beer, “Improvements in the socio-economic position of a community or a society are thus obliterated by some force or another operating in society. The poor community or society comes to accept their poverty as normal- they accommodate their poverty.” Because of the causes that will result in obliterating the positive impact of development projects, savings that might have been accrued from the development aid are going to be spent on means of survival as opposed to being invested in productive enterprises. For example, money that might be sent to a country as development aid with the intention of sustainable development is likely to be spent on improving social infrastructure, such as for schools and hospitals, when sent to poverty-ridden countries. In this case, no long-term interest will be earned, and there will be no notable increase in job opportunities. The same could be said for individuals. Imagine a small-town farmer receiving a loan to buy farming equipment, but the farmer has to spend it on school fees for their children. In this case, there is no income generated in addition to the loan having to be paid back.

The equilibrium of poverty explains the presence of “chronic poverty.” In the Chronic Poverty Research Centre, a group of disabled Ugandan women were quoted saying, “Some poverty passes from one generation to another as if the offspring sucks it from the mother’s breast.” It is then clear that for poverty-ridden communities to escape chronic poverty, much more than equal opportunities are needed. There needs to be programs targeted towards the specific needs of each community, which can only be accurately described when community members and leaders are involved in the planning of projects relating to long-term development. According to the Chronic Poverty Research Centre, support provided to those communities should include policies and strategies that ensure the prioritization of security, find ways that chronically poor people can take up opportunities in their community, recognize the importance of empowerment and address their obligations to provide resources.

To address societal and individual poverty, we need to look into a multitude of factors that perpetuate and exacerbate the cycle, especially in terms of their interdependence. These factors are usually natural, social, economic, political, psychological, and cultural and are seen in all societies and communities. Even though each community has struggles, there are many assets that may be identified in the community that would allow it to reach full development. However, it must be emphasized that the struggle against mass poverty does not consist of isolated attempts by countries globally. “The fight against poverty has become a major factor on the world agenda,” the book says, “and is to some extent driven by protocols and agreements reached at the United Nations and supported by member countries. The most important item currently on the world ‘development agenda’ is the Millennium Development Goals (MDGs).” The MDGs provide a good structure to consider the development environment, with the goal established in 2000 being to half most of the indicators of poverty by 2015. These goals included eradicating extreme hunger and poverty, achieving universal primary education, promoting gender equality, reducing child mortality, improving maternal health, combating infectious diseases, ensuring environmental sustainability and developing a Global Partnership for Development. Development must not take place in a vacuum, and the politics and culture of the community must facilitate those efforts. The development efforts will have some effect on the environment, and accountability is important to study whether the impact of the efforts was positive or negative and whether those efforts are sustainable.

The book moves on to discuss the approaches to community development and the outcomes expected, especially within the scope of an integrated approach. The most important characteristic of community development is that it must follow an integrated approach when it comes to the eradication of poverty. Integration in community development has two main implications. The first is that the challenges of development are multilayered and need to be studied in a coordinated fashion. Social, political, cultural, and economic aspects must be treated together with an emphasis on their interdependence. The second implication is that different role-players must work together and coordinate their current efforts at community development, especially government agencies, non-governmental organizations and local community-based organizations. This will lead to an optimization of efforts and ensures that work is not simply duplicated and repeated. By looking at all these factors, an integrated approach will lead to the most effective solution. For example, a person who needs health services will also need other basic needs such as access to clean water and a healthy diet. Also, such actions must be seen as collective efforts, since community development is not the action of an individual or a small group. A collective group of people who share a mutual struggle or concern must act together and with groups set up for community development to mitigate their concerns. The projects must not be exclusively about interests or hobbies but take a needs-based outlook. “A project without a clearly defined need is a dead project,” the book emphasizes, “This needs identification exercise is a participatory process because it is the people who must identify the need before they organize themselves to do something about the need. A project with a need that is not perceived or understood by the people is a dead project. A community development project is not aimed at vague, ill-defined or broad, abstract needs.” (Source: Swanepoel et al.)

With all that in mind, it is important to look at community development as multifaceted and led by the people who stand to benefit the most from it. Members of the community must identify those challenges, use the identified assets, and with the help of established organizations, ensure that the community struggles being addressed are mitigated and are sustainable in the long-term. At World Forgotten Children Foundation, we work towards helping disadvantaged communities and addressing poverty eradication, especially when it involves children. You can be a part of that mission and donate today!