Social unrest, conflict, and tensions are on the rise all over the world, and their prevalence is continually creating a detriment to the living conditions for children and adults. These crises are leading to a significant decline in even the most basic resources, such as food, water, and shelter for civilians in these locales.

According to UNICEF, at present there are over 250 million children living in countries affected by conflict.

Due to ongoing war and conflicts in places such as the Middle East and Asia, specifically in Syria, Iraq, and Afghanistan, a serious orphan crisis has developed.

Many countries in Northern Africa, such as Sudan, have for years suffered from civil war and famine. There are currently an estimated 10% of Sudan’s children living in orphanages and on the streets. Nearly 103 of every 1,000 children die before they even reach their 5th birthday. (Source: Kids Alive International)

The wars and conflicts taking place in northeast Africa and the Middle East are so severe they often overshadow the conflicts going on in Central and South America, central Africa, as well as those in the former Soviet Union countries and southern Asia. (Source: The Truth Source)

Conflicts have created a hindrance for organizations to reach children and families with the resources and care they so desperately need. Additionally, there is an increased rise of disabilities and medical issues in communities that are affected by conflict, due to exposure to violence, poor nutrition, and a lack of accessibility to healthcare. 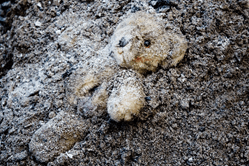 According to the Women’s Refugee Commission, 6.7 million people with disabilities are forcibly displaced as the result of persecution and other human rights violations, conflict, and generalized violence. Children with disabilities are often at risk of abandonment and violence during these situations. (Source: Human Rights Watch)

When children and young adults with disabilities are displaced in orphanages and other communal spaces, the World Forgotten Children Foundation (WFCF) steps in to support projects that aid in the betterment of resources, medical attention, and global awareness.

Previously, the WFCF has supported projects in countries and regions such as western and southern Africa, Ukraine, China, and Korea, and looks to expand its endeavors further in northern Africa and the Middle East.

WFCF is always welcoming new project proposals and insights into facilities requiring assistance. If you are aware of an organization that can benefit from funding through WFCF, especially those currently located in countries or regions currently dealing with conflict, please do not hesitate visiting the Process for Funding Projects section of the WFCF website.

More Blog Posts
COVID-19 Vaccine Distribution: A Global Logistics Nightmare
WFCF Funds Mobility Equipment for Children Living in China’s Hunan Province
Giving Back on GivingTuesday – A Global Generosity Movement
Interview With David Gotts, Founder of International China Concern
Commemorating Humanitarian Workers for More Than a Decade
The Latest Facility Repairs at the “Baby Box” Church
Combatting One of the Greatest Global Health Challenges and All Its Various Form
Interview With Garry Brooks aka “Mr. Garry”, Founder of African Community Project
How Fighting to End Poverty Can Minimize COVID-19 Casualties
The Unspoken Negative Impacts of COVID-19 on Non-Profit Organizations Worldwide
Sorry, Not Sorry – Embracing Down Syndrome Globally
Raising Awareness on World Birth Defects Day
WFCF Seeks New Projects Under Expanded Mission
WFCF Aims to Combat Poverty Through Expanded Mission
WFCF Funds Latest Construction Project at the Baby Box Church
World Cerebral Palsy Day: Building a Community of Awareness and Support
Paper Bridges: Spreading Hope to Orphans One Letter at a Time
The Effects of Early Neglect: Addressing the Emotional Needs of Abandoned Children
Disability Awareness Day
National Cleft and Craniofacial Awareness and Prevention Month
Luke McAuley: The Wheelchair Maker
International Albinism Awareness Day
Understanding Spina Bifida and Its Impact on Children in Developing Countries
The Bamboo Project: How It is Changing Lives
A Child’s Right to Mobility: The Importance of Wheelchairs in Developing Countries
Adoption and Special Needs Children: The Numbers, Heart, and Preparation Involved
Stopping the Stigma Together: Fighting for the Rights of People with Disabilities
A Stairway to Hope
WFCF is Currently Seeking New Funding Projects
WFCF Supporting Inclusivity for Students with Disabilities in Africa
Addressing the Issue of Accessibility and Mobility in Developing Countries
When Abandoning Your Child Is a More Loving Option Than Keeping Them
An Unforgettable Month of Giving
Child Mortality in Sub-Saharan Africa
Spreading Awareness About POTS: The Life Altering Illness Impacting Kids, Adolescents, and Adults
The Alarming Rate of Child Abandonment in Russia
Sunshine, Smiles, and a Shared Mission
No Child Should Have to Struggle to Fall Asleep
WFCF Expands Reach Across the World Wide Web
War-Torn Countries and the Rising Orphan Crisis
Equipment That Makes a Difference
Looking Back, Looking Ahead: 15 Years of Supporting the Forgotten Children
WFCF ‘Restores Integrity’ to Children of Zambia
The Power of Play
Why Don’t We Say “Thank You” More Often?
Reflections on the Meaning of Life
We Can Light up Darkness!
Developmental Disabilities in Children Across Different Cultures
Achieving World Peace
The Mission of the World Forgotten Children Foundation (WFCF)
The Life and Hope They Deserve
Why Is the Sky Blue?
A Simple Act of Kindness
The Great Divide: Technological Growth and the Increasing Gap between Rich and Poor Nations
We Are All One
Why Do I Serve on the Board of WFCF?
Global Economic Uncertainty and Plight of Less Fortunate
Visions of Change
On Making a Difference
Plight of Handicapped Children
One Brick at a Time
What Really Matters Is Helping Others Win
Why Do It?
Axis of Goodness
Message from the President of WFCF
The Tax and Other Benefits of Charitable Gifts
Message from the President of WFCF
HIV/AIDS in Africa
Message from the President of WFCF