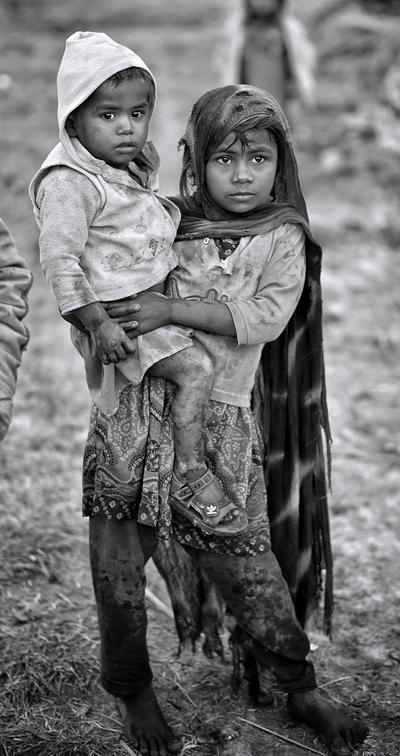 “Over the past two weeks, torrential monsoon rains have broken a century-long record and dumped more than five times the 30-year average for rainfall in some provinces, killing more than 1200 people, including about 400 children, while washing away or damaging over 1.1 million houses and destroying vital infrastructure children rely on to access essential services, such as schools and hospitals,” said Abdullah Fadil, UNICEF Pakistan Representative (2022).“At least 18,000 schools have been damaged or destroyed across the country due to the floods. We estimate that 16 million children are impacted and 3.4 million of these children are in need of humanitarian support” (Fadil, 2022).

The historic floods are due to the banks and dams being breached by the overflowing of major rivers, which was caused by the heavy monsoon. Farms, public health facilities and other essential infrastructure has been leveled or flooded and is now inaccessible. The school closures are especially impactful, as they come after 2 years of disruption due to COVID. To add on to the crisis, one-third of girls and boys were already out-of-school before the floods (UNICEF, 2022).

The perilous situation is expected to worsen, as the heavy rain has not stopped and is expected to continue in areas that are already underwater. Cases of diarrhea and water-borne diseases, skin diseases and respiratory infections have already been reported. The victims that are suffering most from this crisis are the most vulnerable, which is exacerbating inequalities. Children that were already suffering from high rates of malnutrition and had no access to water and sanitation are now finding their situation getting even worse (UNICEF, 2022).

The affected districts are expected to face more medical crises, as the public health infrastructure in these areas is nonexistent. Many medications have been lost in the floods, and health care workers have been displaced from their homes. The risk of water-born diseases, such as cholera, is also overwhelmingly high (UNICEF, 2022).

There is no doubt that the unusually heavy rain was caused by climate change. Rightfully, there is a sense of increasing injustice that is spreading in the country and the surrounding region. Pakistan contributes less than 1% of the global greenhouse gasses that result in climate change. However, the country’s geography makes it very vulnerable to the effects of climate change. This is because Pakistan is located in a position on the globe where it faces the effects of two major weather systems. Specifically, one of those weather systems causes high temperatures and drought and the other results in monsoon rains. The former has caused the droughts that were seen in March, while the latter is causing the floods we see today (Rannard, 2022).

“Literally, one-third of Pakistan is underwater right now, which has exceeded every boundary, every norm we’ve seen in the past,” Climate minister Sherry Rehman said (2022).

The rain has caused such huge population displacement because the majority of Pakistan’s population lives along the Indus river. During monsoons, this river usually swells up and floods. With global warming making air and sea temperatures rise, evaporation will increase. The warmer air can hold more moisture, and this will result in more intense monsoons (Rannard, 2022).

Human Rights Watch (HRW) has emphasized the need for the international community and the Pakistani government to prioritize the health and well-being of the children affected by the crisis. Rescue, relief and rehabilitation efforts related to the monsoons need to be streamlined to ensure the least amount of disruption for the children. “The countries most historically responsible for climate change, including top emitters in Europe and North America, should also support Pakistan and other threatened countries in dealing with disasters exacerbated by climate change,” says HRW (2022).

Today, we are in a crisis. We must do all that we can to ensure that we’re protecting communities that are impoverished and do not hold the global influence that other nations do. While other nations exacerbate the effects of climate change, unaware of the detrimental effects that those actions have on vulnerable communities, those communities continue to struggle to get their basic needs of clean water and food. The communities struggling most are often the ones that have no spotlight. At WFCF, we aim to direct the spotlight at those communities most in need. You can be part of our mission by helping WFCF today!

Fadil, A. (2022). UNICEF Geneva palais briefing note on the impact of the Pakistan floods on children and families and UNICEF's response. UNICEF. https://www.unicef.org/press-releases/unicef-geneva-palais-briefing-note-impact-pakistan-floods-children-and-families-and