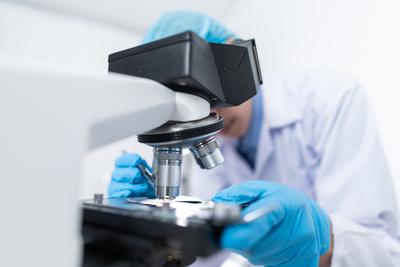 The Morbidity and Mortality Weekly Report (MMWR) is a weekly publication by the Centers for Disease Control and Prevention that publicizes the latest epidemiological advancements and research related to public health. In the April 15, 2022 MMWR, an article appeared discussing the progress towards achieving polio eradication worldwide. Since the Global Polio Eradication Initiative (GPEI) was first established in 1988, the number of polio cases has plummeted by approximately 99.99%, making the initiative a success for the most part. However, wild poliovirus (WPV) remains endemic in two countries: Pakistan and Afghanistan. Also, a year after the World Health Organization (WHO) designated the African Region as WPV-free, a case of polio with paralysis onset was reported in Malawi in 2021. In addition, circulating vaccine-derived cases have been reported in 31 countries during 2020-2021. Though the bulk of the work is done, there is a significant amount of work left, and that makes monitoring the progress paramount to the initiative’s eventual success.

The main way to detect the spread of poliovirus is by the surveillance of acute flaccid paralysis (AFP), which is when limbs become loose, in people under the age of 15. The infection is usually confirmed using a stool specimen sent to a lab. Another way to watch for infections is by using environmental surveillance where the systemic samples of sewage are tested for poliovirus. This method may sound familiar, since it is being used often to predict case upticks of COVID-19. Unfortunately, the COVID-19 pandemic has caused many disruptions to the regular surveillance of poliovirus across the WHO regions in 2020. As a result, the number of reported cases of AFP declined during January-September 2020, with increasing wait times seen between collecting the stool specimen and receipt by the labs seen during the same period. This MMWR serves as a summary for surveillance performance indicators in 43 priority countries for 2020 and 2021 (Source: CDC).

In 2021, 32 (74%) priority countries were able to meet two major surveillance performance indicator targets nationally, which is a huge improvement from one year prior when just 23 (53%) countries met those targets. With that being said, the report states that “substantial national and subnational gaps persist.” This must not be overlooked, since a good surveillance system is important to ensure that poliovirus transmission is kept at a minimum. Reports like these are necessary because frequent monitoring of current surveillance systems helps to identify gaps and provides ways to improve the systems now in place. By enhancing surveillance systems globally, we can successfully achieve complete polio eradication. Fortunately, AFP indicators in many countries were able to rebound after the pandemic, which shows that the current framework is strong. In many countries in the African Region, the subnational performance for surveillance indicators was better than it was in 2019 (Source: CDC).

The report emphasizes that although WPV cases dropped significantly in 2021, the recent detection of a case in Malawi shows that all countries face a risk of having a poliovirus infection until the global transmission of the virus is halted. This means that maintaining a strong surveillance system globally is of utmost importance, and investments in the eradication of polio overseas means that the risk of polio reappearing in countries where it was eradicated is lowered even those considered low risk. There is now an updated Global Polio Surveillance Action Plan for 2022-2024 that was developed to guide and develop current surveillance systems. The plan, although applicable globally, focuses mainly on 30 priority countries. The limitations of this report must be pointed out to ensure transparency with the results. First, some security issues and populations that are hard to reach may affect AFP surveillance. Second, high rates of polio detected without paralysis is not a sign of highly sensitive surveillance, since some actual AFP cases go undetected and might not meet the case definition, so the rate of polio without paralysis varies. Finally, the accuracy of a stool test is dependent on whether a field investigator can get an accurate paralysis onset date. With all that in mind, the recommendations in this report should be used as a framework for global polio eradication, supplemented by effective case detection, notification, investigation and lab testing.