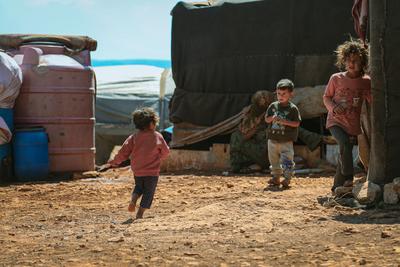 After an intervention has elapsed, it is important for researchers to take a step back and review the efficacy of the intervention and determine whether it would be in the best interests of a population to implement that approach in another community. Lately, there has been an emphasis on finding remedies for disparities relating to membership in an ethnic minority, being in a lower caste, poverty, sexual orientation and gender. This shift in population health is due to a newfound understanding of the negative long-term effects of institutional disparities. However, targeting a specific population with interventions may lead to the stigmatization of the community and make the members of the community more vulnerable. Therefore, supplementary strategies are required to ensure that the interventions are implemented without the expected side-effects (Bishai et al., 2005). One such positive intervention focusing on child health was that of the implementation of vitamin A for Nepalese children to reduce mortality.

Interventions with the purpose of improving children’s nutritional intake and the status of micronutrients such as vitamin A have risen in prominence in areas of global health in recent years. This is because of an increased understanding of the effects of poor nutrition and how that can perpetuate a cycle of disease and poverty. There have been several intervention trials that have confirmed the distribution of vitamin A to high-risk populations can reduce early childhood mortality by as high as 20-30% (Bishai et al., 2005).

Vitamin A deficiency is a major global health problem, affecting around 21% of the developing world’s preschool-aged children. The deficiency leads to over 800,000 woman and child deaths annually. Also, because the micronutrient plays a major role in the immune system, vitamin A deficiency is estimated to be the cause of nearly one fourth of global child mortality attributable to measles, diarrhea and malaria. It is estimated to account for a fifth of all-cause maternal mortality as well (Gottlieb, n.d.).

In 1993, the Nepalese government initiated the National Vitamin A Programme (NVAP) with support from global bodies, such as UNICEF and USAID, and other local researchers and nongovernmental organizations. The government aimed to achieve reduced child mortality and morbidity pertaining to vitamin A deficiencies by giving priority districts in the country a twice-yearly vitamin A supplement capsule. This helped “treat xerophthalmia, severe malnutrition, prolonged diarrhea and measles, and encourage dietary intake of vitamin A and breast-feeding.” Following a community-based approach to healthcare, the government approached a group of women who were to serve as community volunteers and played a big role in the fast expansion of the program to all of Nepal’s 75 districts. Using community-based volunteers, the government was able to avoid economic and logistical hurdles that would have otherwise spelled the end of the initiative. By depending on local volunteers to mount an important public health campaign, the country was able to avoid disparities pertaining to poor people being unable to access such initiatives. As is the case with other poor countries, Nepal faced problems with low utilization rates for local health posts, with less than 20 percent being used for the treatment of child illnesses. The problems with the public health infrastructure extend to absenteeism of healthcare workers and poor quality health care (Gottlieb, n.d.).

The program reached millions of children each year, and its impact was shown to have prevented blindness in around 2,000 children annually and was also found to reduce by about half the mortality rate for children under the age of 5 in the country between 1995 and 2000 (Gottlieb, n.d.).

In November 2018, a symposium was held to reflect on 25 years of progress in relation to the implementation of nutritional programs in Nepal, including vitamin A. Looking at what the impact of the programme has been so far shows us the impressive results of this initiative. Analysis of data from the 2001 Demographic and Health Survey show that there was a mortality reduction among children aged 6-59 months of 53% in programmes, which surprisingly exceeded the 30% efficacy that was previously observed in trials. This was seen as a result of the inclusion of other interventions that were employed by the community-based volunteers, along with the vitamin A supplementation. A different analysis concerned with cost-effectiveness found that the program in Nepal costs ranged from $327 to $397 per death averted when compared to different coverage assumptions, which makes this intervention one of the most cost-effective health interventions. In a separate trial, the cost dropped to a mere $11 per death averted (Thorne-Lyman et al., 2020).

The concern now is whether the current national vitamin A initiative can be sustained, especially with civil conflict in the country. Although NVAP was a huge success, it is now time for the country to look for more sustainable, long-term solutions to vitamin A deficiency. This could include strategies, such as home gardening, food markets and dietary changes within households. These changes can now supplement efforts so that children receive ample vitamin A until supplementation is no longer needed. The search for more long-term solutions is becoming increasingly important, as personal incentives for the community volunteers seem to be waning, and there may soon be a severe shortage of community-based volunteers. This is why there is now a female community health volunteers (FCHV) endowment fund. This places a little more than $1,000 in local currency in an account (Gottlieb, n.d.).