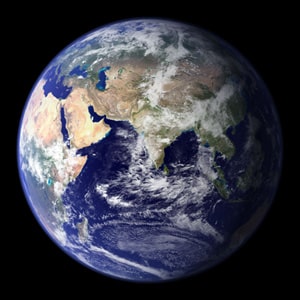 Today, on April 22nd, the world will come together to celebrate Earth Day. The day has been celebrated at the same time every year since it first started in 1970. The years leading up to the advent of Earth Day saw an increasing amount of leaded gas being used in inefficient cars. There was little to no regulation when it came to restricting toxic fumes that harm the environment. “Until this point,” reads the Earth Day website, “mainstream America remained largely oblivious to environmental concerns and how a polluted environment threatens human health.” However, a revolutionary book titled Silent Springs by Rachel Carson led to an increasing public environmental awareness about how our actions have negative consequences on other organisms and our environment.

The day became officially recognized when Senator Gaylord Nelson from Wisconsin, who had long been concerned with the effects of our actions on the environment, announced the idea for a teach-in on colleges to the national media to bring awareness to the deteriorating environment in the United States. The senator was pushed by the massive oil spill in Santa Barbara, California in January 1969 and inspired by the anti-war movement on college campuses. Therefore, the campus teach-ins were organized to take place on April 22nd, a weekday that falls between Spring Break and Final Exams to ensure maximum student participation (Source: Earth Day).

The day was celebrated only in the United States until it officially went global in 1990. Just before 1990, a group of environmental leaders organized for Earth Day to be celebrated worldwide by mobilizing 20 million people in 141 countries and bringing environmental issues to the global stage. “Earth Day 1990 gave a huge boost to recycling efforts worldwide and helped pave the way for the 1992 United Nations Earth Summit in Rio de Janeiro,” reads the website. Notably, this newfound attention also led to President Bill Clinton awarding Senator Nelson the Presidential Medal of Freedom, which is the highest honor given to a civilian in the United States, for his role in environmental activism and as the founder of Earth Day. (Source: Earth Day).

“This is the moment to change it all,” the page about Earth Day 2022 reads.“The business climate, the political climate, and how we take action on climate. Now is the time for the unstoppable courage to preserve and protect our health, our families, our livelihoods… together, we must Invest In Our Planet.” Those are the goals for Earth Day 2022 with a mission to engage over 1 billion people worldwide and get them to recognize the collective responsibility we all bear to ensure the transition to cleaner forms of energy. To learn more about what you can do for Earth Day 2022, check out the action toolkit for this year’s Earth Day.