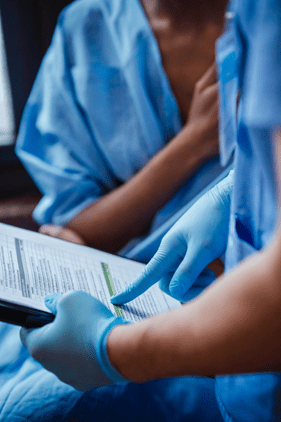 Chagas disease, also known as the “kissing disease,” is considered one of the Neglected Tropical Diseases (NTDs), which are diseases that have been forgotten by developed countries because they usually plague lower-income countries. Although more than 1 billion people are sick with NTDs and require treatment, major efforts to eradicate and treat those diseases are nonexistent for the most part. “NTDs are not prioritized in wealthier, developed countries because they do not experience the same conditions that affected populations are in,” said Jadie Moon, a representative from the NGO De-Neglect. “Diseases like HIV and tuberculosis are more prevalent in developed countries and attract more attention. Additionally, the public tends to focus more on diseases that kill, such as malaria. However, NTDs are more likely to disfigure and affect [the] daily lives of individuals.” Even though we must help people even if issues might not directly affect us, the principles of global health teach us that issues impacting communities seemingly far away can easily find a way through our borders and start affecting us too. In this context, Chagas disease becomes relevant because it is endemic in Latin America and is detected in several states, such as Texas and Arizona (Source: The Borgen Project).

Chagas disease was first reported in Brazil in 1909 when it came to Brazilian physician Carlos Chagas’s attention. From 2001 to 2018, 5,184 cases of acute Chagas disease were found in Brazil, with the annual infection rate in Brazil being 0.16 per 100,000 inhabitants. Studies have shown a rapid increase in records of Chagas disease infections before 2005, a slight drop in cases until 2009, before another increase in infections after 2009. Today, this disease affects 8 million people every day and takes the life of 20,000 people annually (Source: The Borgen Project).

Chagas disease is caused by the parasite Trypanosoma cruzi, which is carried by insect vectors and transmitted to animals and people. These insect vectors are found only in the Americas, mainly in the poverty-ridden rural areas of Latin America. That is why Chagas disease is also referred to as American trypanosomiasis. Most of the infections are in Mexico, Central America and South America. People sick with Chagas disease are usually unaware of their infection, which makes it concerningly hard to detect and makes it more difficult to set up interventions. If the illness is untreated, infection is lifelong and becomes life threatening. Though it is usually concentrated in rural rural areas of Latin America, large-scale population movements from rural areas to urban ones in Latin America and other regions in the world have increased the geographic distribution and the epidemiology of Chagas disease. Preventative measures in regions where Chagas disease is found but not endemic, like the United States, must include control strategies that focus on preventing transmission from blood transfusion, organ transplantation, consumption of uncooked food contaminated with feces from infected triatomine bugs and congenital (mother-to-baby) transmission. It is generally considered safe to breastfeed if the parent has Chagas disease, unless there is cut skin that may lead to blood contamination. It is important to note that Chagas disease is not transmitted from person-to-person like the flu or through casual contact with infected people and animals (Source: CDC).

The clinical information currently available comes from the experiences of people who were infected with Chagas disease through contact with triatomines as children. Factors like the age of the person when they got infected, the way the person acquired the disease or the strain of the T. cruzi parasite affects the severity and course of an individual’s infection. Generally, there are two main phases of Chagas disease that include the acute phase and the chronic phase. The severity of these phases are varied, with both phases having the possibility of being symptom free or life threatening (Source: CDC).

The acute phase lasts for the first few weeks or months of the infection, and a person may have no symptoms or mild ones like fever, fatigue, body aches, headache and a rash. A loss of appetite, diarrhea and vomiting is sometimes seen in mild cases of the acute phase. Because these symptoms are similar to other diseases, such as colds, people infected with Chagas disease are often unaware of their infection. However, there are some telltale signs that a doctor may be able to identify, such as mild enlargement of the liver or spleen, unusually swollen glands or a noticeable swelling at the site of the bite, called a chagoma, where the parasite had entered the body. Other signs that patients infected with the T. cruzi may present are swelling of the eyelids on the side of the face near the bite wound or where the infected bug’s feces were rubbed. This eyelid swelling is known as the Romaña’s sign. Even if a person was to develop symptoms during this phase, it is expected that they will start feeling better after a few weeks or months. However, if the infected person is not treated with antiparasitic medication, the infection will keep circulating in the body. In rare instances, young children may die from severe inflammation when the heart muscle is infected (myocarditis) or brain (meningoencephalitis). This happens to less than 5% of young children, but people with weakened immune systems may also have severe acute phases, especially cancer patients taking chemotherapy or people with an advanced HIV infection. Approximately 20-30% of people that become infected go on into the chronic phase of the disease, which can last for decades or even for the rest of one’s lifetime. Although most people have no symptoms, there are some fatal complications of the disease. In some cases, cardiac complications can happen due to an enlarged heart, heart failure, an altered heart rate and cardiac arrest. In other cases, patients may suffer from gastrointestinal complications, which include an enlarged esophagus or colon. Those complications may also lead to complications eating or defecating (Source: CDC).

With that being said, there are treatments available to stop the progression of Chagas disease. There are two main life-saving approaches for therapy. The first one is the antiparasitic treatment, which involves killing the parasite. The second treatment is called symptomatic treatment and is focused on managing symptoms and signs of infection. The type of treatment depends on the time the treatment is started. Antiparasitic treatment is more effective early after the onset of infection but is not limited to cases in the acute phase. In the United States, there are currently two types of treatments available: Benznidazole for children 2-12 years of age and Lampit (nifurtimox) for children from birth to any age younger than 18 years. Both of those treatments are FDA approved and are commercially available. Prevention is unfortunately more difficult, since there are no drugs or vaccines currently available for preventing infection. If you plan on traveling to a rural area in Latin America, the best way to prevent an infection is to sleep indoors in well-constructed facilities and are at a low risk for exposure to infected triatomine bugs which are usually in poor-quality dwellings. One could also use long-lasting insecticides, set up bed nets treated with insecticides, wear protective clothing and apply insect repellent to exposed areas of your body. It is also important to avoid consuming uncooked food, salads, unpeeled fruits or unpasteurized fruit juices (Source: CDC).

De-Neglect, a group bringing together a diverse array of volunteers, has a special focus on NTDs, understanding that these infectious diseases are allowed to spread because they do not get enough attention and donor funding compared to diseases like malaria, HIV and tuberculosis. NTDs cannot be taken lightly, and they have debilitating effects, such as blindness, malnutrition and weakening mental development. De-Neglect was created by UC Berkeley students and alumni in 2018 with their mission being raising awareness about NTDs, like Chagas disease, through public health education campaigns and “community-based mobilization” in the regions affected. Their website currently showcases educational videos about a variety of NTDs to increase awareness about these diseases. Their members contact individuals and organizations globally and raise awareness using their social media platforms. “I know someone who passed away due to Chagas disease almost 3 years ago in Brazil,” said De- Neglect team member Paula Serpa. “It is suspected that my friend acquired the infection due to his poor living conditions and, while playing a pickup soccer game, he suffered a heart attack and passed away.” Jessica Tin, a De- Neglect team member, recounted struggles the team found to gain up-to-date information and numbers pertaining to NTDs, highlighting how barely any research is being conducted on NTDs and how there is a shortage of funds directed towards those diseases. Tin mentioned the milestones being reached for the groups, highlighting the campaign for World NTD Day by saying, “This was our first major moment in getting our name and mission out to the NTDs community as well as to our personal circles, where most of our friends and family had never even heard of NTDs before. Seeing our impact has given us extra momentum to continue our mission by expanding our network and educating the community” (Source: The Borgen Project).

For all these reasons, it is clear that lessening the impact of Chagas in the communities most affected by the spread of the infection. People infected with Chagas disease face more challenges and struggle more when they already struggle with poverty. When people with Chagas disease cannot gain access to reliable and affordable medication, their disease is likely to progress dangerously. The disease will also lead to infected people missing out on work and education, leading them further into poverty. Experts suggest raising awareness for Chagas disease and other NTDs in areas impacted by poverty and the spread of the disease to put them in the spotlight. That awareness will create more opportunities to find solutions and chances to look for community-based interventions that will de-neglect those diseases. “Given that NTDs are concentrated in developing, poverty-stricken countries, their management often takes up most of a person’s existing and potential wealth,” said De-Neglect team member Jessica Yescas, “By providing solutions, such as medications and accessibility to medical care- as well as raising awareness through education- the possibility of alleviating the perpetuation of poverty due to NTDs can become a reality” (Source: The Borgen Project).

People reading this can help in the fight to eradicate NTDs and alleviate people’s suffering by researching those diseases and organizations with missions aligning with the eradication of NTDs and providing access to medication for people infected with those diseases. At World Forgotten Children Foundation, we provide help for poverty-stricken communities and ensure that children can access their basic needs. You can be a part of that mission by donating or volunteering today on our website.