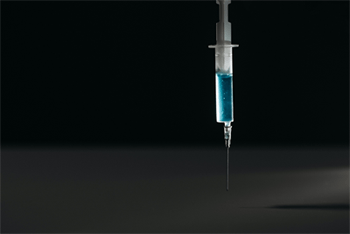 The Morbidity and Mortality Weekly Report (MMWR) is a weekly publication by the Centers for Disease Control and Prevention that publicizes the latest epidemiological advancements and research related to public health. In the March 18, 2022 MMWR, an article appeared discussing the progress achieved regarding maternal and neonatal tetanus (MNT), which remains a notable cause of neonatal mortality with an 80-100% case-fatality rate within mothers who are insufficiently vaccinated and deliver in unhygienic environments, especially in lower-income countries.

In 1989, the World Health Assembly endorsed the elimination of neonatal tetanus, with the activity being relaunched more formally 10 years later in 1999 as the MNT elimination (MNTE) initiative. MNTE targeted 59 priority countries, and included several strategies set to reduce neonatal mortality due to tetanus. These strategies included “1) achieving ≥80% coverage with ≥2 doses of tetanus toxoid–containing vaccine among women of reproductive age through routine and supplementary immunization activities in high- risk districts, 2) achieving ≥70% of deliveries by a skilled birth attendant, and 3) implementing neonatal tetanus case-based surveillance.” The MMWR report presents the progress toward achieving MNTE’s goals during 2000-2020 and sustaining them. By December 2020, 52 of the 59 priority countries (88%) had conducted routine immunization. Also, infants protected at birth against tetanus increased from 74% in 2000 to 86% in 2020 globally, with deliveries assisted by skilled birth attendants increasing from 64% (2000-2006) to 83% (2014-2020). Additionally, the number of reported neonatal tetanus cases worldwide has dropped by an astonishing 88%. Specifically, there were 17,935 reported cases in 2000, and that number dropped to 2,229 in 2020. Due to the decrease in cases, estimated deaths have also decreased by 92%, starting out at 170,829 in 2000 and dropping to 14,230 in 2019. Although the majority of the priority countries have achieved MNTE, there are 12 remaining countries that need new innovations that include the integration of supplementary immunization activities to cover more vaccines for preventable diseases and to implement life course vaccination for tetanus (Source: CDC).

Now, let’s delve deeper into the different strategies by MNTE and the results observed in each of them. First, regarding immunization activities, only 16 (27%) of the 59 priority countries were able to achieve a ≥80% coverage with ≥2 doses of tetanus toxoid–containing vaccine, but 34 countries have been stepping up their coverage since 2000. In 46 of the priority countries, there was a reported ≥80% of infants protected at birth. During the duration the report is reviewing, 168 million of the targeted 250 million of reproductive age received the tetanus toxoid–containing vaccine. Unfortunately, COVID-related disruptions have led to the postponing of immunization services for the targeted women. For the second strategy, there were encouraging results, with a higher reported number of deliveries assisted by a skilled birth attendant. In fact, more than half the priority countries reported more than 70% of deliveries being assisted by a skilled birth attendant. Finally, the last strategy involved the active surveillance of tetanus cases, which led to the observation of decreasing worldwide cases of reported neonatal tetanus. While 10 of the priority countries reported zero cases, 7 countries saw more cases in 2020 than in 2000. The report emphasized that most neonatal tetanus deaths occur in more remote communities, which leads to underreporting. Hence, mathematical tools are being used to estimate the actual number of deaths (Source: CDC).

Usually, after a country reports that it has eliminated MNT, validation activities are undertake, which consist of a review of district-level indicators which include reported neonatal tetanus cases per 1,000 live births and a comprehensive review of the surveillance system, a look into the percentage of clean deliveries that are assisted by a skilled birth attendant, and the tetanus vaccine coverage among pregnant women. During 2000-2020, around 80% of the priority countries were validated to have achieved MNTE, with 12 remaining to be validated. (Source: CDC).

Once maternal and neonatal tetanus elimination is achieved, it is paramount to ensure sustainability. The World Health Organization (WHO) recommends four strategies for countries that are validated for MNTE. “1) providing 3 primary doses of diphtheria, tetanus and pertussis (DTP) during infancy and 3 tetanus booster doses at ages 12–23 months, 4–7 years, and 9–15 years; 2) checking maternal tetanus vaccination status during antenatal care and providing TTCV2+ to pregnant women, if needed, to ensure that ≥70% of infants are protected at birth; 3) promoting ≥60% clean deliveries through increased access to a skilled birth attendant ; and 4) maintaining strong neonatal tetanus surveillance.” The WHO also recommends that countries conduct annual neonatal tetanus risk analyses after validation and complete post-validation assessment every 5 years to ensure long-term sustainability by taking swift corrective action if needed. Five countries have notably implemented post-validation assessments for corrective actions (Algeria, Cameroon, Djibouti, Indonesia and Timor-Leste) and have also met the set sustainability indicators mentioned above. (Source: CDC).

The report ends by noting that, “Although progress has been made, countries that have not achieved MNTE still face several challenges… Suboptimal health systems, evidenced by low vaccination coverage and low proportions of safe and clean deliveries assisted by a skilled birth attendant, make it difficult to adequately implement MNTE strategies.” Conflict and political instability were also cited as factors that stop countries from implementing recommended MNTE strategies. Because complete elimination of tetanus is not possible because tetanus spores are widely present in the environment, it is important to ensure that countries implementing MNTE assess their progress to adopt corrective action. The report recommends integrating tetanus surveillance with polio and measles and more community engagement to raise awareness of neonatal tetanus and serve to strengthen a country’s community-based vaccine-preventable disease surveillance. The Immunization Agenda 2030, a globally recognized immunization strategy for the next decade, includes MNTE as an important vaccine-preventable disease elimination goal. Strong global commitment is needed to integrate MNTE with ongoing programs pertaining to other vaccine-preventable diseases. Only through such global cooperation can we hope to lessen the suffering of many children around the world. (Source: CDC).