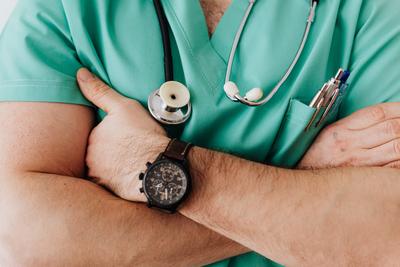 Typhoid and paratyphoid fever are both fatal, life-threatening diseases caused by Salmonella Typhi and Salmonella Paratyphi bacteria. The bacteria can be spread by consumption of contaminated food or water and affects an estimated 11-21 million people worldwide every year. Although the disease is rare in the United States, it is very common in other parts of the world. Symptoms of the fever include weakness, headache, loss of appetite, diarrhea or constipation, stomach pain and high fever. Sometimes, people who are infected have a cough or rash. In some rare cases, internal bleeding and death can occur (Source: CDC).

Blood culture is usually the main way to diagnose the disease, and early diagnosis and resistance testing can ensure that the right antimicrobial treatment is effective and started early in the course of the disease. Since typhoid and paratyphoid fever are considered a notifiable disease, the local or state health departments are informed of those infections. One consideration is that the treatment differs depending on the strain of the fever. For example, patients who traveled to South Asia are infected with strains not susceptible to fluoroquinolones. Therefore, obtaining a travel history is important to correctly treat the disease. With that being said, there are ways to prevent an infection. The CDC recommends vaccination for travelers going to countries where typhoid fever is endemic, such as South Asia, especially Pakistan, India, or Bangladesh. There are currently two vaccines available in the United States: 1) An oral vaccine can be given to people who are at least 6 years old and consists of taking four pills every other day and 2) an injectable vaccine that can be given to people at least two years old. The vaccines protect 50%-80% of people who are vaccinated. The injectable vaccine needs a booster every two years, and the oral vaccine needs a booster every five years. However, there is currently no vaccine for paratyphoid fever. Other ways to prevent an infection would be to make sure not to drink water that is not bottled, boiled or treated to remove germs. Travelers should also avoid eating salads, uncooked vegetables, raw fruits and unpasteurized fruit juices. Food should be fully cooked and consumed hot, as per the traveling guidelines set by the CDC.

It is also important to look into the disease’s burden, especially the fact that it affects low-income communities that lack sanitary water. “Despite notable progress, typhoid and paratyphoid fevers remain major causes of disability and death, with billions of people likely to be exposed to the pathogens,” read an article published in the Lancet. The article notes that it is important to ensure improvements in water and sanitation, but an increase in vaccine use and improved global surveillance is likely to result in the most improvement in the global burden of the disease. At World Forgotten Children Foundation (WFCF), we aim to ensure access to sanitary water so that underprivileged communities remain healthy. Help our mission by donating to WFCF today!

More Blog Posts
Global Accessibility Awareness Day
The Social Injustice in Chronic Non-Communicable Disease
Global COVID-19 Vaccination Efforts Are Losing Steam
Disease Spotlight: Typhoid Fever
MMWR Spotlight: Surveillance to Track Progress Toward Polio Eradication— Worldwide, 2020-2021
The Bucha Massacre and the Civilian Costs of the War on Ukraine
WFCF Celebrates Earth Day
Breaking the Cycle of Poverty: A Community-Based Approach
WFCF Sends Funds to COVAX for Equitable Vaccine Distribution
Disease Spotlight: Chagas Disease
MMWR Spotlight: Progress Toward Achieving and Sustaining Maternal and Neonatal Tetanus Elimination- Worldwide, 2000-2020
Tackling the “Brazen Trade” of Child Trafficking in Africa
The Impact of Adolescent Pregnancy on Communities Globally
Extra Chromosome = Extraordinary
Ukraine Aid
Addressing Ways to Effectively Rehabilitate and Provide Care for Children Refugees
Combatting the Climate Crisis and Supporting Communities in Need
Make a Donation From the Heart
United Nations Sustainable Development Goals
Why Is the Mission of World Forgotten Children Foundation Important?
New Year, New Initiatives
Donors. Our Most Valued Asset.
What’s New at WFCF
Join WFCF in Supporting Those in Need – No Contribution is Too Big or Too Small
Creating a Safer Environment for Babies and Mothers at the Baby Box Center
COVID-19 Vaccines, Variants, and the Long Road Ahead
Creating Water Accessibility Through Solar Power
World Hepatitis Day 2021 - Raising Awareness and Influencing Change
COVID-19 Vaccine Distribution: A Global Logistics Nightmare
WFCF Funds Mobility Equipment for Children Living in China’s Hunan Province
Giving Back on GivingTuesday – A Global Generosity Movement
Interview With David Gotts, Founder of International China Concern
Commemorating Humanitarian Workers for More Than a Decade
The Latest Facility Repairs at the “Baby Box” Church
Combatting One of the Greatest Global Health Challenges and All Its Various Form
Interview With Garry Brooks aka “Mr. Garry”, Founder of African Community Project
How Fighting to End Poverty Can Minimize COVID-19 Casualties
The Unspoken Negative Impacts of COVID-19 on Non-Profit Organizations Worldwide
Sorry, Not Sorry – Embracing Down Syndrome Globally
Raising Awareness on World Birth Defects Day
WFCF Seeks New Projects Under Expanded Mission
WFCF Aims to Combat Poverty Through Expanded Mission
WFCF Funds Latest Construction Project at the Baby Box Church
World Cerebral Palsy Day: Building a Community of Awareness and Support
Paper Bridges: Spreading Hope to Orphans One Letter at a Time
The Effects of Early Neglect: Addressing the Emotional Needs of Abandoned Children
Disability Awareness Day
National Cleft and Craniofacial Awareness and Prevention Month
Luke McAuley: The Wheelchair Maker
International Albinism Awareness Day
Understanding Spina Bifida and Its Impact on Children in Developing Countries
The Bamboo Project: How It is Changing Lives
A Child’s Right to Mobility: The Importance of Wheelchairs in Developing Countries
Adoption and Special Needs Children: The Numbers, Heart, and Preparation Involved
Stopping the Stigma Together: Fighting for the Rights of People with Disabilities
A Stairway to Hope
WFCF is Currently Seeking New Funding Projects
WFCF Supporting Inclusivity for Students with Disabilities in Africa
Addressing the Issue of Accessibility and Mobility in Developing Countries
When Abandoning Your Child Is a More Loving Option Than Keeping Them
An Unforgettable Month of Giving
Child Mortality in Sub-Saharan Africa
Spreading Awareness About POTS: The Life Altering Illness Impacting Kids, Adolescents, and Adults
The Alarming Rate of Child Abandonment in Russia
Sunshine, Smiles, and a Shared Mission
No Child Should Have to Struggle to Fall Asleep
WFCF Expands Reach Across the World Wide Web
War-Torn Countries and the Rising Orphan Crisis
Equipment That Makes a Difference
Looking Back, Looking Ahead: 15 Years of Supporting the Forgotten Children
WFCF ‘Restores Integrity’ to Children of Zambia
The Power of Play
Why Don’t We Say “Thank You” More Often?
Reflections on the Meaning of Life
We Can Light up Darkness!
Developmental Disabilities in Children Across Different Cultures
Achieving World Peace
The Mission of the World Forgotten Children Foundation (WFCF)
The Life and Hope They Deserve
Why Is the Sky Blue?
A Simple Act of Kindness
The Great Divide: Technological Growth and the Increasing Gap between Rich and Poor Nations
We Are All One
Why Do I Serve on the Board of WFCF?
Global Economic Uncertainty and Plight of Less Fortunate
Visions of Change
On Making a Difference
Plight of Handicapped Children
One Brick at a Time
What Really Matters Is Helping Others Win
Why Do It?
Axis of Goodness
Message from the President of WFCF
The Tax and Other Benefits of Charitable Gifts
Message from the President of WFCF
HIV/AIDS in Africa
Message from the President of WFCF
WFCF is Currently Raising Funds for These Critical Needs