Girls Fight Back Against Genital Cutting Amid Societal Retribution 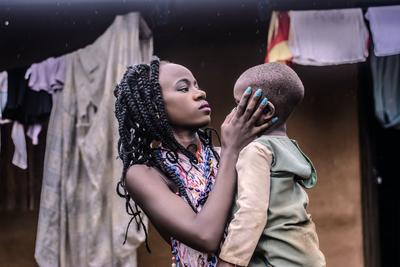 For years, there has been an increasing push to put an end to female genital mutilation across the developing world. This centuries-old ritual is usually carried out on girls between 4 and 14 years of age. The World Health Organization groups female genital cutting (FGC) into four different types, “generally varying from excision of the prepuce, the fold of skin surrounding the clitoris, to excision of part or all of the external genitalia and the stitching and narrowing of the vaginal opening.” When FGC is done initially, it can result in a lot of pain or shock. It is commonly associated with infection and blood poisoning, due to the lack of sanitation of the equipment used, and is also associated with actual hemorrhage. Over the long term, it can lead to retention of urine, infertility, and obstructed labor. Girls that have undergone FGC are also more likely than others to have postpartum hemorrhage, cesarean section, and long stays in the hospital (Skolnik, 2012).

This global push to end FGC has led to Sierra Leone being one of a few countries in sub-Saharan Africa that have not banned it. According to a recent New York Times article, although cutting is still a regular procedure practiced by almost all ethnic groups in the country, the practice is becoming increasingly controversial. Progressive groups that are supported by international organizations are now growing in number and making strides toward putting an end to the practice. There is, however, pushback from conservative groups stating that FGC is an essential part of the culture of the ethnic tribes in the country (NY Times, 2022).

The article mentions the story of Seio Bangura, who had earned good grades on her high school finals but was unable to enroll in a college. Ms. Bangura, who is 18, left her home five years ago when her parents gave her an ultimatum. She was given the choice of being initiated in a ceremony centered around genital mutilation or leaving. The ceremony would have allowed her to enter bondo, which is a term used by the ethnic tribes to describe society. “My mom said, ‘If you won’t do bondo, you have to go,’” Ms Bangura said. The choice had led her to being cut off from her family’s finances and left her stranded, unable to pay for college or marry (2022).

As this issue is playing out in the country’s politics, many girls and women are taking matters into their own hands by refusing to participate in initiation, and telling their families that they will not join bondo if it means that they will have to undergo FGC. This is unimaginable in a country where more than 90 percent of women over 30 have undergone genital cutting. However, by noting that just 61 percent of those aged 15 to 19 had undergone genital cutting, we can notice the shift in attitudes about FGC. These numbers, according to a 2019 household survey by UNICEF, show a promising change for progressive groups (2019).

Of course, refusing to enter bondo does not come without costs. Women who do not join are, by either custom or law, banned from marrying; representing their communities in religious or cultural events; participating in celebrations or funerals; serving as a chief or in parliament (NY Times, 2022).

Laws against cutting have, so far, had uneven enforcement and yielded inconsistent results. While in Egypt and Ethiopia rates have declined rapidly, Senegal and Somalia did not have a noticeable decline. Globally, the number of girls under direct risk of being genitally mutilated is rising because in countries where there are no laws against cutting, there is a rapidly increasing youth population. Even though Sierra Leone has one of the highest rates of FGC, it is one of a small number of places where the practice is showing a sustained decline (NY Times, 2022).

While big global organizations have played a part in this decline, most of the decline has been the result of homegrown activism. Radio shows and billboards showcase how FGC can be dangerous to women and undermine childbirth and sexual health. (NY Times, 2022)